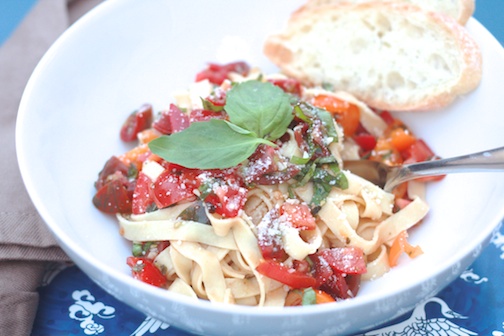 We are hitting the end of the summer produce season, and I am guessing that a few of you out there have already felt the first hints of fall with some crisp mornings, the sun setting a bit earlier and of course the changing of routines with the commencing of school and shifting away from the relaxed days of summer work.

I am in denial about this particular change of seasons and refuse to shift my culinary tastes quite yet.

The end of summer typically also means a surplus of a few items…the most famous of which are zucchini and of course, tomatoes! 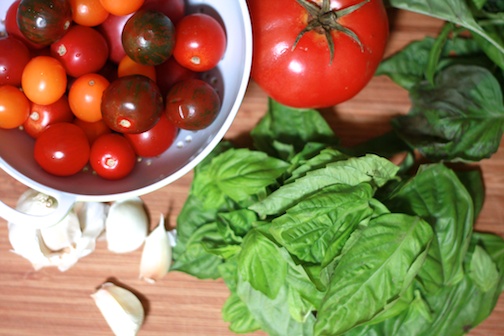 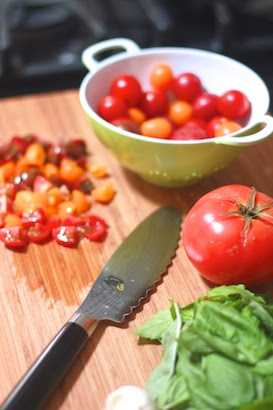 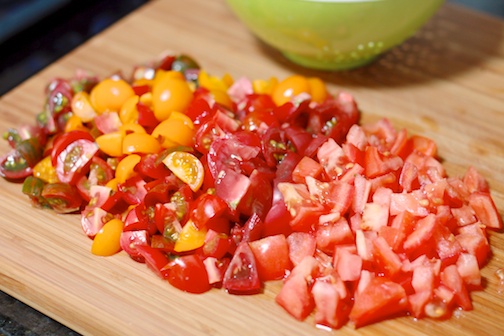 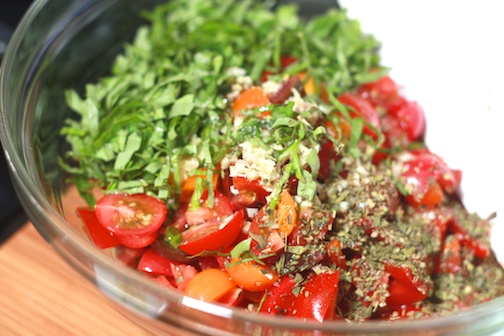 Resist the urge to eat this by the spoonful! 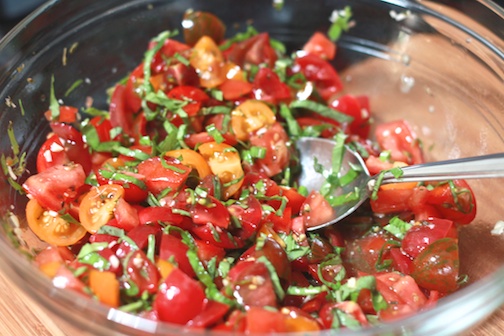 Cook the pasta according to the directions on the package.  Once the pasta has drained, put it back into the pot and dump in the tomato mixture and mix the two together.  This is a good time to add a bit more olive oil and salt.  Remember to always season dishes as you are cooking, and taste it along the way.

Serve up the pasta into bowls and top with grated parmesan and a few leaves of basil.  A slice or two of crusty bread is a nice accompaniment to help sop up all the garlicky tomato essence.  This dish is best enjoyed al fresco even if you have to throw on a heavy sweater and long pants to keep warm!  🙂

Do you have dishes that act as a protest to seasonal change?  A culinary equivalent of indian summer?  What are your favorite recipes to utilize all of those late summer vegetables that seem to grow exponentially quicker as the days of summer ween?